December was a lovely month, but is also going to be known as Jane Austen-palooza for my reading patterns.  I have one other reading related conquest to share.  I read 100 books in 2011.  They weren’t all classic literature, although there have been several of those.  It came down to the wire, though.  I finished two books on December 31st, 2011.  I finished Persuasion midday and then Age of Innocence at 10:44 pm.  I rang in my new year getting into bed at my mother in law’s house after reading all day.  I’m sure I was marvelous company.  Let’s jump in, shall we?

Northanger Abbey was short, which was the thing that most redeemed it for me.  I have a friend who said it was the best Austen novel, so I jumped in.  It was fine

Emma was the next.  I don’t know if you know this, but Clueless, the movie about valley girls starring Alicia Silverstone, is based on Emma.  Therefore the whole time I was comparing the people in the novel to the characters in Clueless.  I am still not sure what character Amber is supposed to be.  This mental comparison is the only thing that distinguishes it from the others in my mind.

Persuasion blurs together with the rest of my reading aside from the fact that Anne, the protagonist, is significant because she’s old (late 20s).  It was fine.

Age of Innocence is an Edith Wharton novel along the same lines as some of the Austen works in its societal posturing and description thereof.  However, it had more intrigue, which I enjoyed.  I did feel that the end was a little bit of a let down.  I suppose, however, that it was intended to end with an exhalation rather than a dramatic sigh.

The Picture of Dorian Grey was more memorable.  I knew the general theme of a portrait reflecting a man’s insides, and found it really well done.  Not only are the characters easy to follow, but the pacing was fairly swift.  I found it a respite from Austen.

Queued Up: I read Ender’s Game already, which I was shocked to find not on my reading list.  Go read Ender’s Game.  Then there will be a smattering of other things.  I’m reading A Secret History for book club and have begun Catch 22, Mansfield Park, and The Count of Monte Cristo, so we’ll see how things pan out. 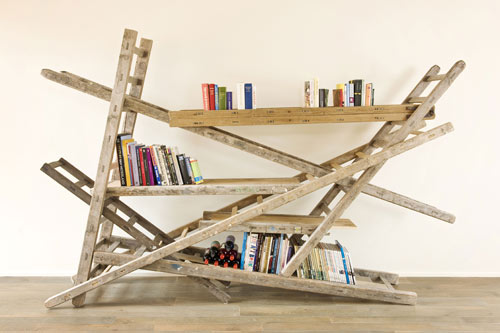 It took me three months, but I finished War and Peace. It was probably the hardest book I’ve ever read because I found it incredibly dense and difficult. I even made a chart distinguishing characters because they kept intermingling in my mind. Nevertheless I finished it. It has some company, too. Let’s go to the reviews.

War and Peace is on of those books in life you’re just supposed to read. Some of the literature I’ve read about it indicates that it is supposed to be the best novel that has ever been written. I am not sure I agree with that assessment. Maybe it is a portrait of a time and style that has a longevity, but I found it really difficult. The non-military pieces were much like Anna Karenina. It looked at Russian noble families and the things that make up their lives. Then the military pieces all blurred together into a great, endless blather of war and horses. I am proud to say I’ve read it. I’m grateful I never have to read it again.

The Three Musketeers on the other hand was fantastic! I started reading it once during high school and got bogged down in the vocabulary and the french vernacular. This time around, I was completely blown away. The pacing, the action, the engagement was all SO GOOD.

I do have to share my one sadness, though. Ya know the Three Musketeers movie from Disney? It’s got Chris O’Donnell, Charlie Sheen, and Tim Curry in it. Well, I have a deep and abiding love for that particular movie. It is nothing like the book. I know. A little part of my childhood heart was broken by this fact. I want you to be prepared so you don’t have to go through what I did.

My third book for November was Uncle Tom’s Cabin. I was not looking forward to this book. It’s one that your’e supposed to read because it’s so socially important. My Kindle has a picture of Harriet Beecher Stowe on it. She is not a hip looking lady. I was not looking forward to it. However, I was pleasantly surprised. Not only was the social commentary reasonable, it was not unpleasant to read. In fact, Miss Stowe is pretty darn sassy. She would make these comments and then have a delightful interjection about how we’re all hypocrites. It pulled on my heart strings and made me smile. Now I look at Harriet much more fondly when she pops up as my Kindle screen saver.

Queued Up: I’m working on The Age of Innocence and will try to get at least one other book list book in December, but may have to do more reading of holiday fluff and baking and such not, so we’ll see.